EXOTO - And Then You Die / The Fifth Season CD 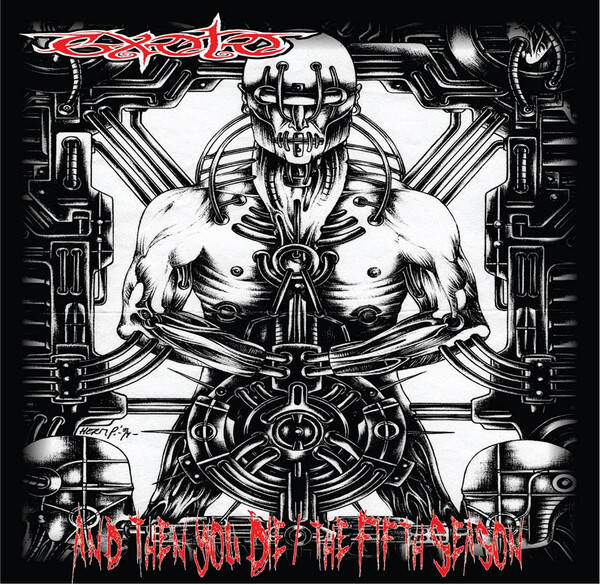 Exoto was formed in 1989 and released its first demo in 1991 (and it was immediately voted as 'Demo of the month’ in the Dutch Aardschok / Metal Hammer magazine). The second demo was released in 1992 and 2 songs ended up on an 7’’ e.p. The band grew and played with bands like Morbid Angel, Malevolent Creation, Benediction, Grave, Gorefest and many others. By the end of 1993, the band recorded its debut CD ‘Carnival of Souls’. Exoto also played at one of the first editions of Graspop (GMM). A new record deal with Swedish Black Mark records was signed in 1994. The second full length “A Thousand Dreams Ago” was worldwide released in 1995. ‘And Then You Die – Fifth Reason’ is the official and first cd release of the two Exoto cult demos. Bonus to the album are 5 live tracks, recorded in the early 90’s.