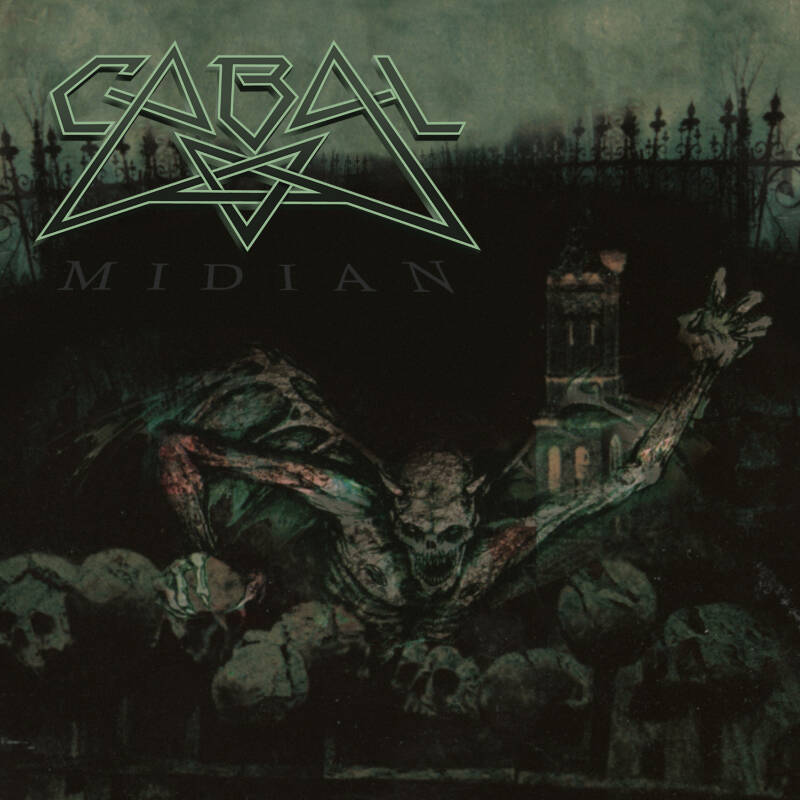 CABAL was Killjoy’s (Frank Pucci) from NECROPHAGIA side thrash death metal band in the early 90’s. CABAL recorded one full length album which was releases in 1990. The album is called ‘Midian’ and was recorded at Morrissound Studios in 1990. Cover art was made by Mike Riddick (Necrophagia, Daath, Divine Eve) and the logo by his twin brother Mark (Centinex, Lik, Absu). The album was especially for this re-issue remastered. Sadly Killjoy passed away in 2018, so this re-issue is a tribute to Frank. Besides all Killjoys lyrics the booklet contains a special In Memoriam written by Bob Bagchus (ex Asphyx), Mirai Kawashima (Sigh), Scott Carlson (Repulsion) and Kam Lee (Massacre).