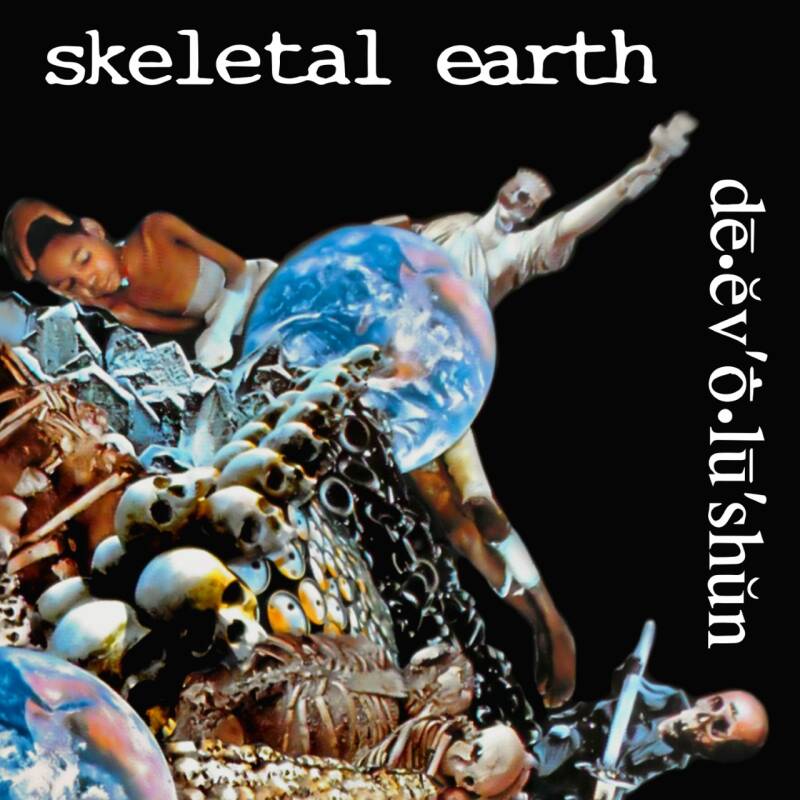 Skeletal Earth was one of those bands that stuck out. Being influenced by both death and thrash metal as well as the more crossover style where hardcore punk meets metal they came up with an original sounding couple of demos and albums. ‘De.ev o.lu’shun’ is their second full length. The album was recorded at Tampa, Florida based Morrisound Studios ( Death, Cynic, Agent Steel) and produced by Scott Burns (Cannibal Corpse, Atheist, Deicide). Due to the end of the label around the same time as the release of ‘De.ev o.lu’shun’ is the album never had any serious promotion nor distribution. Drummer Doug Sylvia also played with Fear of God (featuring Detenete ‘s Dawn Crosby R.I.P.)