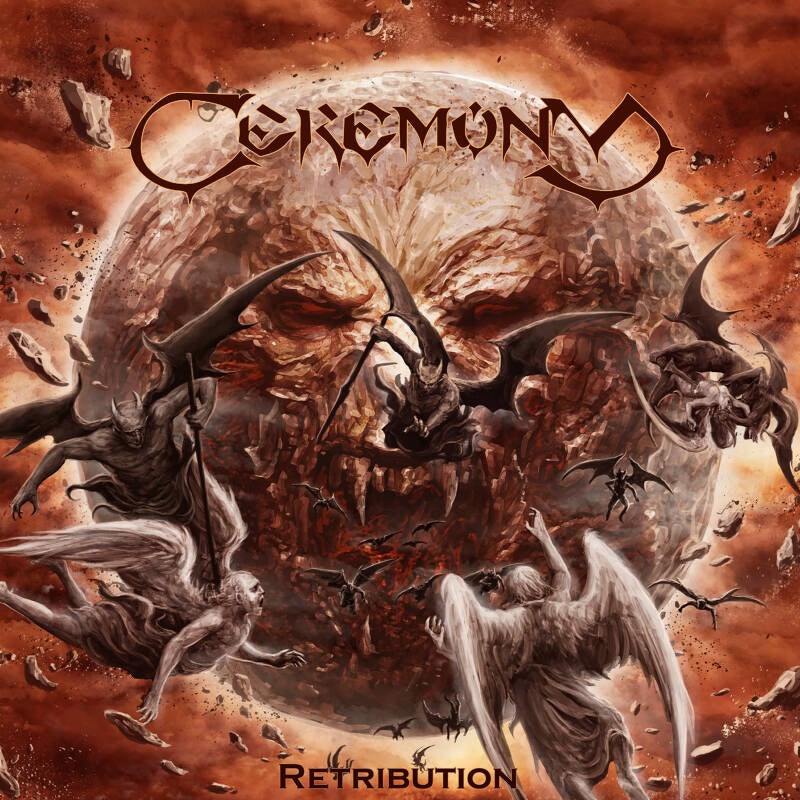 Ceremony was founded in the Rotterdam area in 1989 by Peter Verhoef on guitars (ex Phlebotomized) and released 2 demos, one 7‘’ ep and their debut full lenght 'Tyranny From Above' in 1993. The album was re-released by vicrecords in 2016. Due to this succesful re-issue and the demand for more, Ceremony reformed the same year and started working on new songs. The second CEREMONY album is called ‘Retribution’ and contains 8 furious death metal tracks. Less downtuned then their debut album, but more complex and with some slight black metal touches.  But for sure still great Dutch death metal. Cover art by Adi Christianize (Sathanas). Produced by Edwin van Wingerden (Sepiroth, Obtruncation).